Isabel Bandeira grew up surrounded by trees and lakes in Southern New Jersey, right on the edge of the Pine Barrens. Her summers were always spent in Portugal, where the cathedrals, castles, and ancient tombs only fed her fairy tale obsession. Between all those influences and her serious glitter addiction, it wasn’t a surprise when she started writing stories of her own.

In her free time between writing and her day job as a Mechanical Engineer who designs and develops medical devices, she reads, dances, figure skates, and knits.

Isabel lives in New Jersey with her little black cat, too many books, and a closetful of vintage hats. 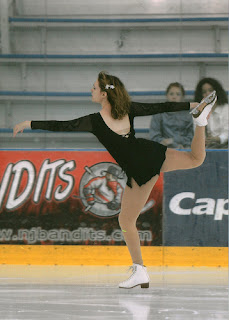 Member: SCBWI
About | Sitemap
Unless noted, text and images Copyright © 2011–2016 Isabel Bandeira. Do not copy or redistribute without permission.
Log out | Edit